Sense of Space have developed the design for a new rooftop extension to London Enterprise Academy on Commercial Road, London. 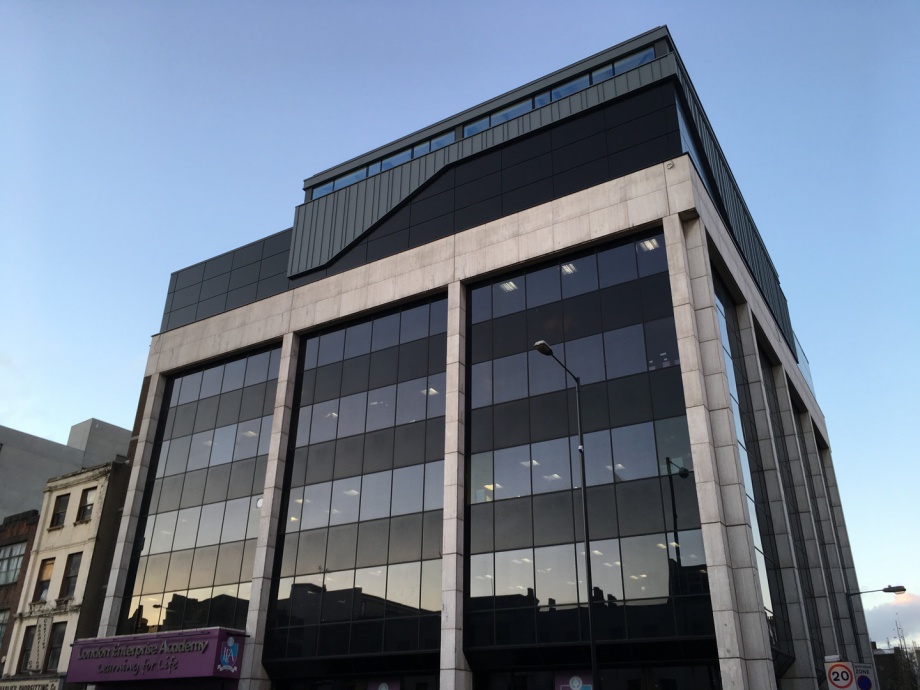 The School was established as part of the Government free school initiative and took occupation of Aneurin Bevan House.  The school initially opened to pupils in 2015 following a basic conversion of the former office building. 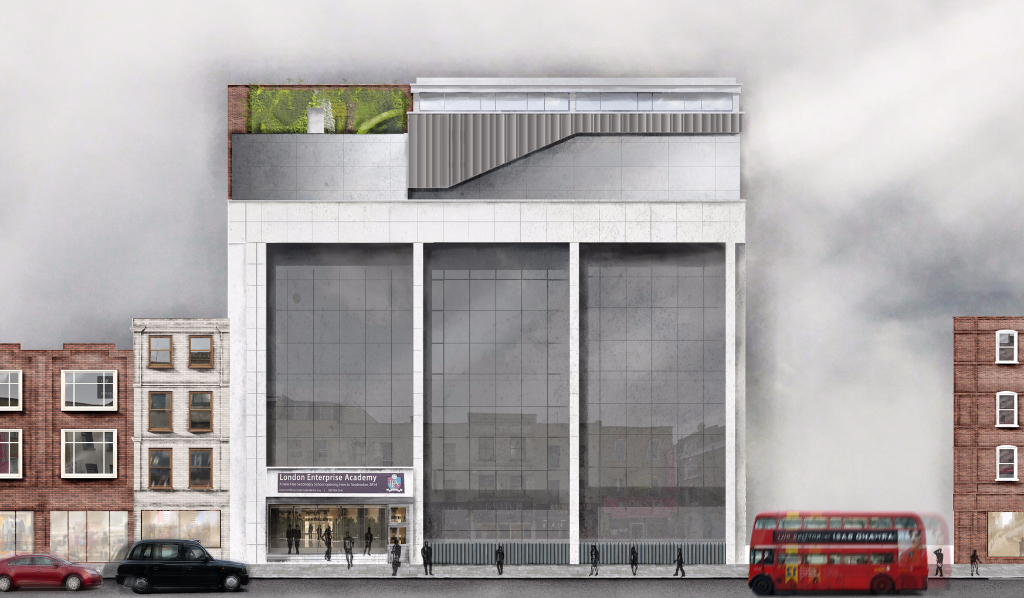 This final phase of work includes the creation of assembly and sports facilities with the formation of a new rooftop extension.  Planning Approval was granted by Tower Hamlets Planning Department whose Planning Officers described our proposal as “a bold design we are happy to support”.

The new facilities opened to the pupils in time for the 2016/2017 academic year.

The following images were taken at various stages during construction.